The goal of this project was to make improvements on the gear geometry for the power transmission of a touring car. The project implementation was theoretical while still being based in the reality of actual vehicle performance data. This work was based on the standard American Gear Manufacturers Association method of gear design. I used Python and a few libraries to create an automated program that generates data on the proposed gear redesign and numerically optimizes critical gear values. Through the course of this project, I expanded my ability to model real-world conditions and implement standardized engineering processes to solve novel problems.

In addition to the core goals there are some constraints on the extent and scope of the redesign. These constraints include:

The provided engine performance measurements are as follows:

For the sake of simplicity this page only covers the 1000 foot view of the process. For a more detailed approach refer to the full report. The analysis process was divided into four stages as follows: gearbox specification, basic gear geometry, bending stress analysis, contact stress analysis.

In stage one – gearbox specification – I was primarily focused on calculating the gear ratios and using these values to determine additional values based on constants for the gearbox, engine, and each mesh. Some useful graphs generated in the first stage include the "Wheel Speed vs. Engine Speed", "Wheel Speed vs. Wheel Torque", and "Engine Speeds vs. Wheel Torque" graphs. 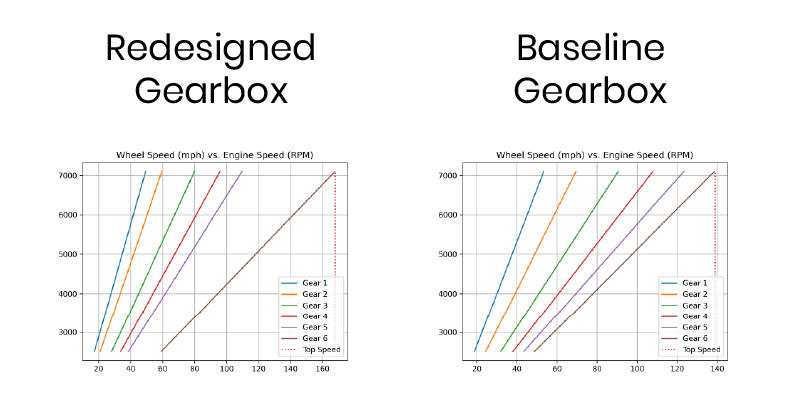 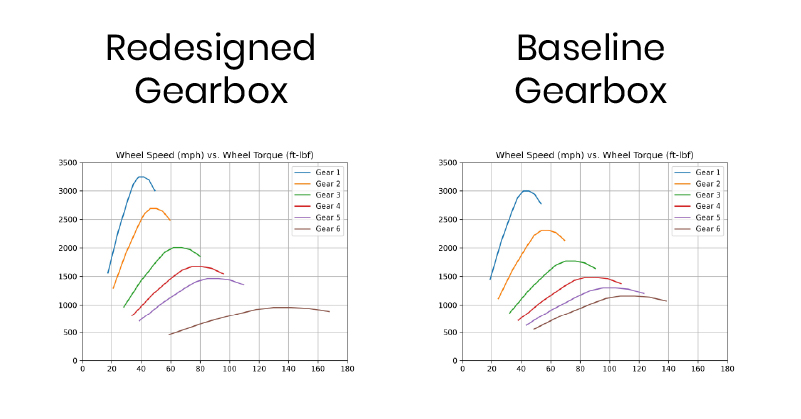 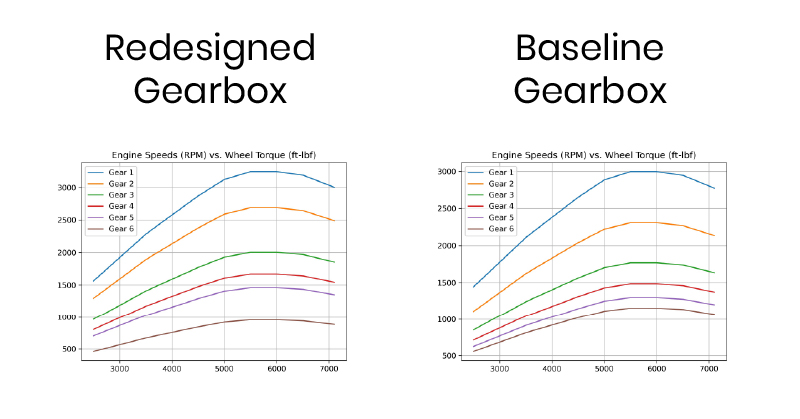 In stage two – fundamental gearbox geometry – I was primarily focused on determining whether a subset of the additional design constraints were achieved. Specifically, I tested for interference, interchangeablility, and whether the gearbox would fit in a 20" window. In this stage, I encountered the issue that each of the 12 gears have differing number of teeth yet they must be mounted on the same two parallel shafts. This means that the center-to-center distance for each mesh should be equal to all other center-to-center distances. To overcome this challenge, I created a simple algorithm that increases the diametral pitch of each gear to reach a target radius.

The culmination of these four analyses provided the following data points for bending and contact stresses in the pinions and gears:

First, the top speed of the baseline gearbox was calculated at approximately 138 mph. To increase this value by 10% the top speed of the redesigned gearbox should be at least 153 mph. The top speed achieved by the redesign is approximately 167 mph, indicating that the first design goal has been satisfied. This was done by changing the sixth gear from an underdrive setup (the pinion is driving, the gear is driven) to an overdrive setup (the gear is driving, the pinion is driven). With an overdrive mesh, the torque is decreased proportionally but this enables the gear speed to increase which directly relates to vehicle speed.

Second, the vehicle acceleration must be understood in mechanical terms. Vehicle acceleration is directly related to the torque at the wheels which is a function of the engine speed and the gear ratios. The torque in gears 1 through 5 was increased as compared to the baseline. The design decision that was made to elicit this result is to increase the gear ratio or make the gearing more “aggressive”. This increased ratio has stress trade-offs but accomodations were made during the material selection and design processes to satisfy the core design goals. The baseline and final gear setup can be seen in the following table:


Go to the Github 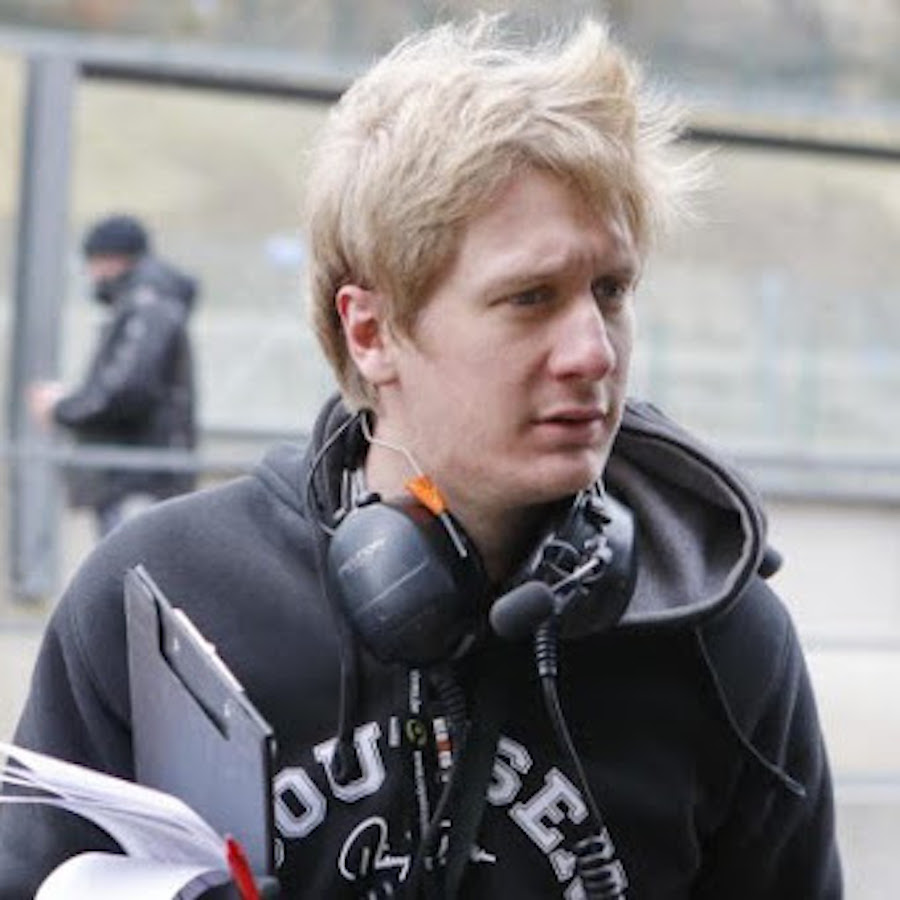 Dr. Kevin Boutsen served as the advisor on this project. His expertise is in Motorsports Engineering, Automotive Engineering, Internal Combustion Engines, Thermodynamics, and Fluid Mechanics.